Originally posted on State House News - A major bond sale that was put on hold as the House and Senate tried to reach a compromise version of economic development legislation is now back on for later this month, even as the economic development bill remains in limbo. The state Treasury is now planning to offer $2.7 billion of special obligation revenue bonds the week of Aug. 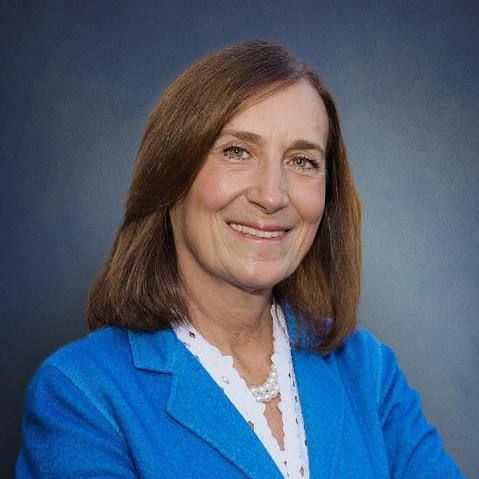 Deborah B. Goldberg is the Massachusetts State Treasurer and Receiver General.  In that role she is responsible for the state’s cash and debt management, unclaimed property, and chairs state boards and commissions, including the Massachusetts School Building Authority, the Pension Reserves Investment Management Board, the State Board of Retirement, Massachusetts State Lottery Commission, and the Massachusetts Clean Water Trust. In 2015, she established the new Office of Economic Empowerment, the first of its kind in the country, and chairs its Economic Empowerment Trust Fund. Treasurer Goldberg is the former President of the National Association of State Treasurers and is the Co-Chair of the National Institute of Public Finance.

As a former businesswoman and local elected leader, Treasurer Goldberg brings innovative leadership, disciplined fiscal management and an unwavering commitment to uphold economic stability and create opportunity for every Massachusetts resident. Treasurer Goldberg served for six years on the Brookline Board of Selectmen, including two as its Chair. Prior to her career in public service, she worked in retail operations, buying, and consumer affairs at The Stop & Shop Companies, Inc.

Treasurer Goldberg is the President Emeritus of Adoptions with Love and serves on the Advisory Board of the Greater Boston Food Bank. She was one of the founders of Berkshire Hills Music Academy, a school for individuals with intellectual disabilities, is a trustee emeritus at Beth Israel Lahey Health, and a former Director at Affiliated Physicians Group / Beth Israel Deaconess HealthCare. Treasurer Goldberg has been actively involved with numerous philanthropic activities, including The Grow Clinic, the 100 Club, Planned Parenthood League of Massachusetts, and the Combined Jewish Philanthropies.

A graduate of Boston University, Boston College Law School and Harvard Business School, Treasurer Goldberg lives in Brookline with her husband Michael Winter. She has a son, Evan, and daughter, Meredith.

About the Treasurer's Office

The State Treasurer is responsible for the issuance of most debt securities of the Commonwealth. The Debt Management Department serves the Treasurer’s Office by providing industry best-practice debt management services over two primary functional disciplines: Debt issuance and debt administration. The department facilitates the sale of bonds to investors, administers interest payments and when these obligations come due, redeems the securities through the repayment of principal. The Debt Management Department is committed to providing investors with the data they need to review the credit of the Commonwealth of Massachusetts in a timely fashion.

Jim MacDonald is a forty-five year career employee in the Office of State Treasurer. In January 2015, Treasurer Deborah Goldberg appointed Jim to the statutory position of First Deputy Treasurer. Jim also serves as Chief Executive Officer at the Massachusetts School Building Authority.  As First Deputy Treasurer, Jim works closely with other state agencies on matters of policy and operations. On top of his duties as First Deputy, Jim is responsible for overseeing the daily clearing of the Commonwealth’s bank accounts, short-term investing in Massachusetts Municipal Depositary Trust, Small Business Banking Partnership, reconciliation of bank accounts and fund activity. Additional responsibilities include supervising the daily, monthly and quarterly cash flow, replacement of rejected electronic payments, certificate of deposits and investment accounts for various programs and banking relationships. Jim also works closely with the Deputy Treasurer for Debt Management, the Executive Director of the Massachusetts Clean Water Trust, Assistant Treasurer for the Unclaimed Property Department and other agencies and departments that fall under the umbrella of the State Treasurer.

Jim, who lives in Dedham, Massachusetts, attended Boston State College and is married to Paula, a registered nurse at Stewards St. Elizabeth’s Hospital in Brighton. They have two sons, James and Stephen. He is active in St. Susanna Church in Dedham.  Jim is also involved in many athletic programs for children and young adults with special needs. Jim is in his ninth term as a member of the Dedham Board of Selectmen.

Deputy Treasurer for Debt Management
Office of the State Treasurer

Sue Perez is the Deputy Treasurer  in the Massachusetts State Treasurer's Office with focus on the Commonwealth’s debt management operations.  Sue is responsible for all the Commonwealth’s short-term and long-term borrowing needs for its $22 billion debt portfolio consisting of issues within the General Obligation credit as well as various Special Obligation Credits.

Sue also serves as Executive Director of the Massachusetts Clean Water Trust (MCWT), a position she has held since March of 2012. Since that time she has guided the MCWT through multiple new money and refunding issues, through a structural change in the way its bonds are issued, and through multiple successful issuances of MCWT Green Bonds.

Sue has over 25 years of experience in accounting, audit, and financial management. She has been the Senior Finance Director for a $3.4 billion service company, and at the other end of the spectrum was one of the initial members of a start-up company with the responsibility of establishing the finance and human resources departments.

Sue was an auditor at Pricewaterhouse Coopers, during which time she received her CPA. She is a graduate of the Boston University School of Management, with a B.S. in Business Administration. She resides in Foxboro with her husband and their two children.

Kathy Bramlage works with the Debt Management team to structure both short-term and long-term general obligation bond deals for the Commonwealth as well as certain special obligation issues.

Ms. Bramlage has over 25 years of experience managing fixed income investments. She was a portfolio manager for municipal mutual funds, taxable and tax-exempt money market funds, institutional corporate accounts, as well as fixed income portfolios for high net-worth individuals and families. In addition, she was a fixed income strategist and a municipal credit analyst, covering all investment grade sectors of the market.  Prior to joining the Massachusetts State Treasurer’s Officer, Ms. Bramlage was a municipal portfolio manager and credit analyst at an asset management firm in New York City.

She received her Bachelor of Science in Accounting/Finance from Oakland University in southeast Michigan. She is a member of the National Federation of Municipal Analysts, the Boston Municipal Analysts form, and Women in Public Finance.

Delando joined Debt in 2013 as an Analyst. In this role, he oversees the interface with custodial data and the daily account reconciliation process. In addition, he calculates the monthly swap payments/receipts, records monthly swap valuations, is responsible for maintaining swap models, and maintaining rebate calculations and related certifications.

Controller for Debt Management
Office of the State Treasurer

Sandy Wong has been the Controller for Debt Management department at the Treasurer’s Office for twelve years. Sandy supervises a small group of staff responsible for processing and verifying all debt service payments, ensuring they are done accurately and in a timely manner. Her oversight includes bank reconciliation with the trustees and monthly bond allocation. She assist’s the Deputy Treasurer in preparing and tracking our department’s budget and cash flows. In addition, she acts as a liaison between Treasury’s internal auditors, the State Comptroller’s office, as well as other stakeholders for the preparation of the annual audit. Prior to joining this agency, Sandy’s background was with an investment banking and trust company handling domestic securities.

Supreo Ghosh is the Senior Debt Analyst for the Debt Management Department.

Rachel joined the Debt Management team in Fall of 2019. Ms. Stanton provides design support and manages the social media presence for the department. Previously, she was the Special Projects Coordinator and Designer for the Tufts Center for the Study of Drug Development. She graduated in 2013 with a Bachelor of Fine Arts degree in Illustration from Massachusetts School of Art and Design.

Vanessa joined the Office of State Treasurer in 2019 and recently joined the Debt Management department in 2021 as a Debt Analyst. In this role, Ms. Balcarcel-Monzon is responsible for preparing and verifying monthly debt service payments in addition to maintaining excel models for bond reconciliation. She will also assist in maintaining swap models and processing invoice payments. Vanessa graduated in 2019 with a Bachelor of Science in Management with a concentration in Finance from the University of Massachusetts - Boston. She is currently pursuing her MBA also at the University of Massachusetts – Boston.

Dan joined the Debt Management team in 2021 as a Debt Analyst. In this role, he assists with the team in the issuance of Commonwealth debt. Before joining Debt, he worked as a stockbroker and graduated from UMass Amherst in 2018 with a BBA degree in Finance.